This was the big one. The one the first two days had been leading up to. The John Garner Pass.

Standing at 1241 meters (4071 feet) it’s the highest point along the Torres del Paine Circuit. To reach it required a 5:30 wake-up call. Cubano, our cook from the night before, scrambled some eggs, we hastily assembled our lunches, and then we were on our way.

Climbing that morning, our route gradually became more exposed, and those famous Patagonian winds picked up. Above the tree line, the terrain turned to loose rock — a familiar surface for those of us who’ve hiked the Colorado Rockies. To our left and right were jagged peaks, ice hanging off their steep slopes, and behind us, growing more distant with each step, was the lake from our campsite.

Still, we got very lucky, and we knew it. The Garner Pass can be… well… impassable. Hikers have been blocked from crossing it by the elements, and some have gotten lost and even perished. Us? We reached the top in our base layers. What should have been a very brief pause at the top — my guidebook warned “the near gale-force westerlies blasting through this keyhole may make it hard to enjoy the views for long” — turned into a leisurely (first) lunch. 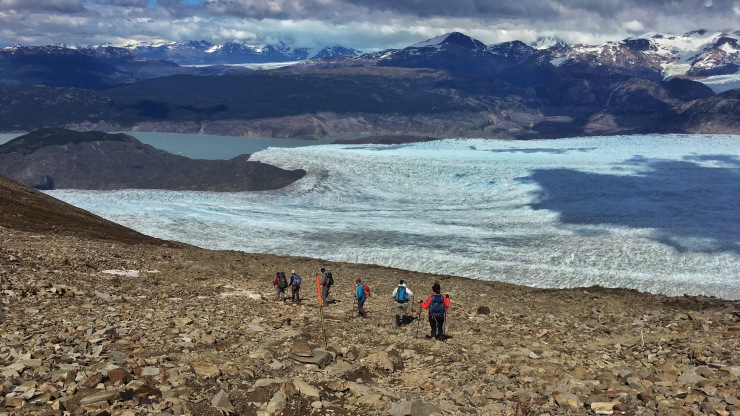 Eventually we got moving again. That initial part of the descent was a highlight of the day and the entire Circuit. Dominating the landscape below us was the end of the mighty Glaciar Grey, a massive hunk of blue-tinted, creviced ice stretching nearly 100 square miles, itself a part of the vast Southern Patagonian Ice Field, one of the largest in the world. The glacier jutted through the mountain range, feeding into Lago Grey to our left. Soon, the terrain under our feet began to vary, still rocky on the surface but bursting with vegetation.

Its beauty aside, the descent eventually turned bruising, noticeably steeper going down. And it was long, so very, very long, and we had used up a good amount of energy on the way up. In all, the 24 kilometers (15 miles) took their toll and for the third straight day a group of weary hikers stumbled into camp. We would feel it the next morning.

Before we made it to camp though, we had one more hurdle to clear: a bridge taken straight off the set of Indiana Jones. The views were stunning — if you dared to look. Danny, borrowing Elizabeth’s phone, provided death defying cinematography (as well as narration)!

Refugio Grey was situated a stone’s throw from where the glacier calved into the lake, but aside from the location, it was easily my least favorite. By now, we had joined the “W” portion of the Paine Circuit, which brought us in contact (and close quarters) with many more hikers. Grey was a vast camp, with two large buildings, some nasty showers with long queues, and an enormous dining room that even had a bar — and couches.

Couches! We were sooo tired after dinner, I thought I might fall asleep right there and then. The sole exception was John, who seemed to have a limitless supply of energy. While I sank deeper and deeper into the couch, he bought a bottle of Jim Beam and a few Cokes — as well as some bonafide glacial ice! — and stayed up drinking with our porters. (Wanna know what glacial ice tastes like? Like Jim Beam and Coke.) The following morning, he was still hurting less than any of us. 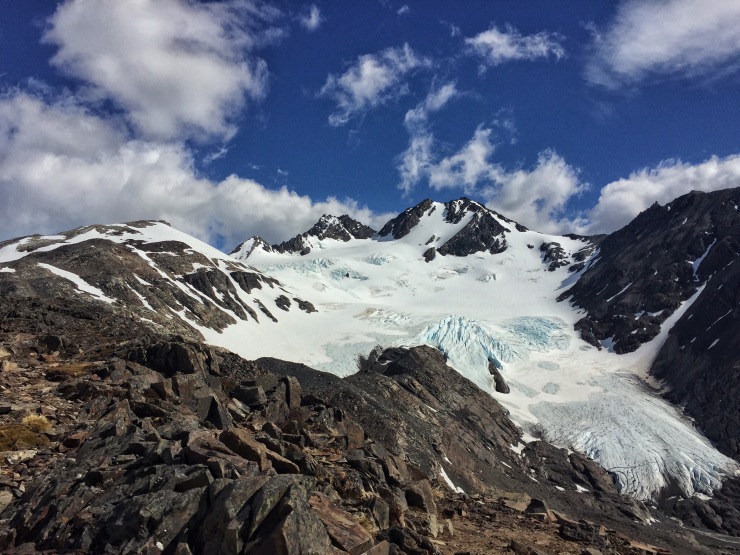 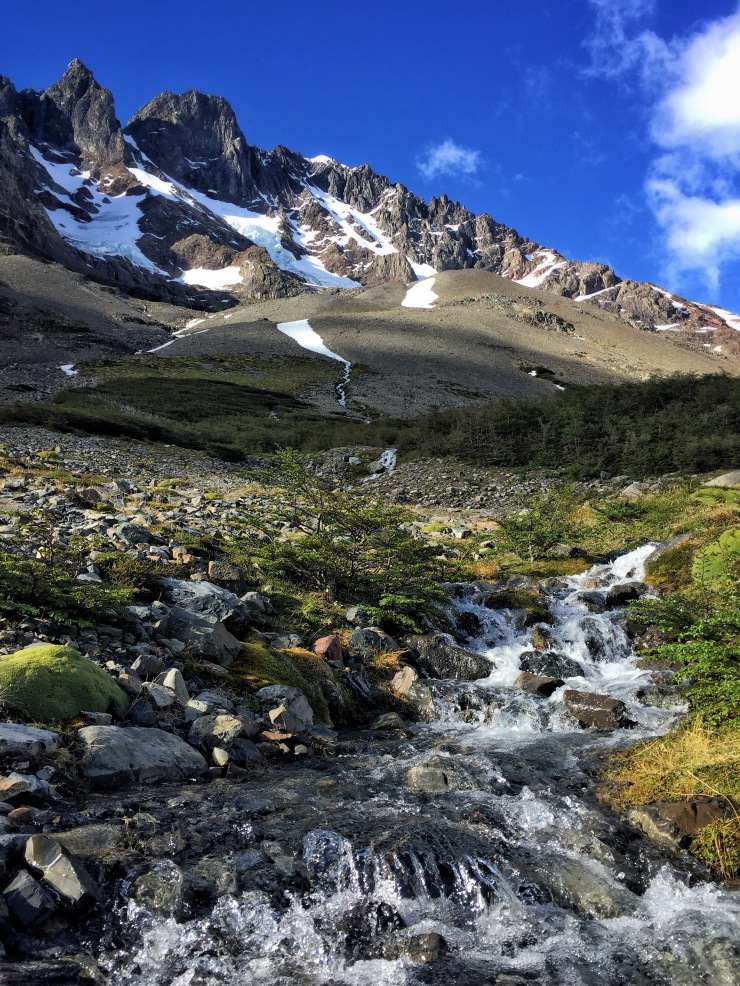 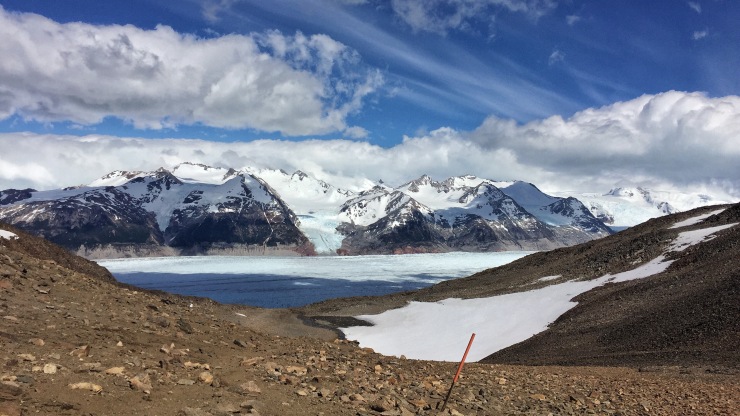 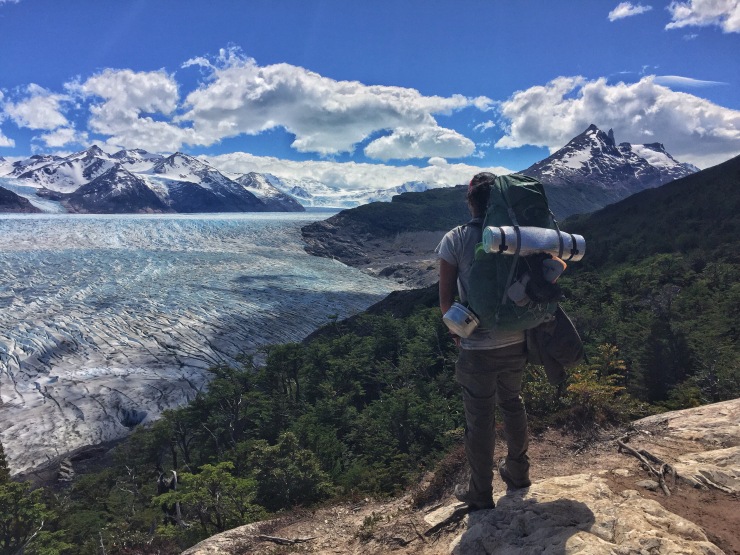 Another “rest day,” which meant another 12 kilometers (7.5 miles). But at least we got to sleep in a little!

The porch of our refugio was now a makeshift ER as Danny drained blisters right and left. First Elizabeth, then Catherine, then Freddie. He had a great technique that wowed us all. Using a needle, he threaded a small piece of string through each injured toe. The thread absorbs the fluid in the blister without breaking the skin. It’s genius.

Then Peter announced he had the biggest and squishiest one. Silence. He wasn’t kidding though. His blister was the biggest any of us has ever seen and we quickly took to calling it his sixth toe. Draining it drew a small crowd as other groups and guides came to watch Danny perform his miracle surgery. Overall we were now a full half hour behind schedule. (Good thing it’s a rest day!)

Eventually we ventured out for a short walk to the tip of the peninsula that faced the end of the Glaciar Grey. It felt liberating to leave our day packs and trekking poles behind, if only for a half hour.

The glacier had a blue glow unlike anything I’d ever seen. The ice absorbs all the other colors but can’t absorb the blue, so it’s reflected. We returned to the refugio for a so-so lunch (pasta alfredo) and relaxed before setting off at 1:30. 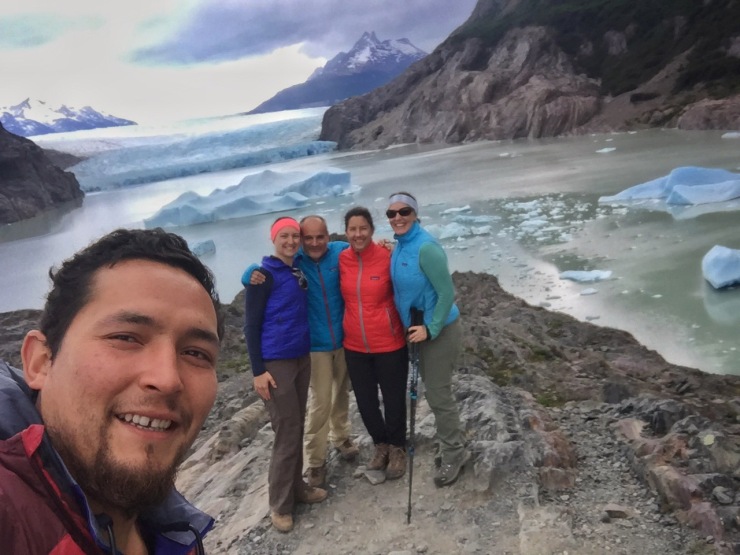 The hike itself was a breeze. An easy climb brought us to a lookout that provided a view of the glacier calving. We finally experienced a more authentic Patagonian climate, too. The sun disappeared, the wind picked up, and there was even a little rain. Our layers came in handy as we paused to take photos.

From there we descended, took a break at a secluded nook where I polished off what remained of my precious dried kiwi, and ultimately found ourselves in a valley that resembled a dry riverbed. I especially enjoyed this final segment. Simple and peaceful, it led us straight to Lago Pehoe, where we stopped for the night.

Refugio Paine Grande was the largest and most elaborate of our campsites. It had a second floor that Danny described as “the bar with the best view in the world,” and while that may have been a stretch, it was indeed a beautiful setting. On one side was the lake, and looming in the distance was the Paine Massif. We enjoyed quite a few cold beers there while I caught up on my journal and Elizabeth found removing her hiking boots to be “amazeballs.” 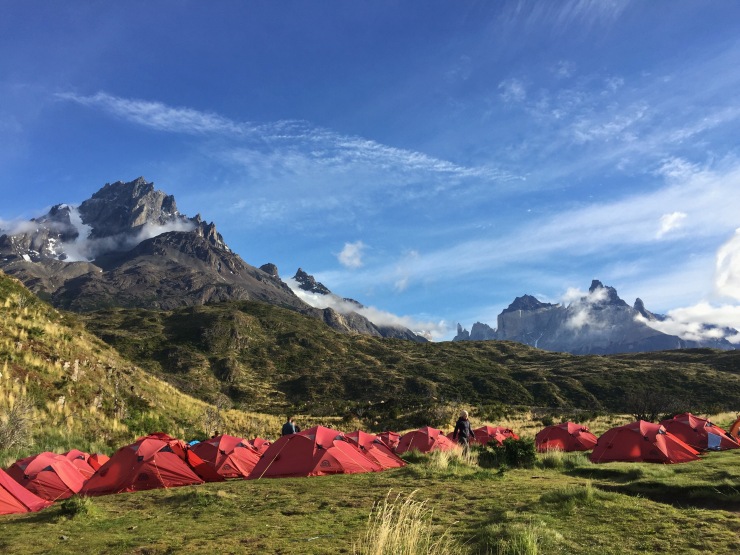 Then it was onto Thanksgiving dinner: some sort of ground beef and vegetable mixture atop mashed potatoes (the only trace of home!), a broth masquerading as a soup, salad, and dessert. Uneventful, for sure, but then it was back upstairs to the bar and a nice Carménère 2014.

All that good wine reminds me of another highlight from the day — our game of “Trail Tinder,” in which John, Peter, and I swiped left and right on oncoming trail traffic. Suffice it to say Elizabeth was unamused. I swiped right a lot and probably didn’t help my cause when I explained that I wasn’t picky. 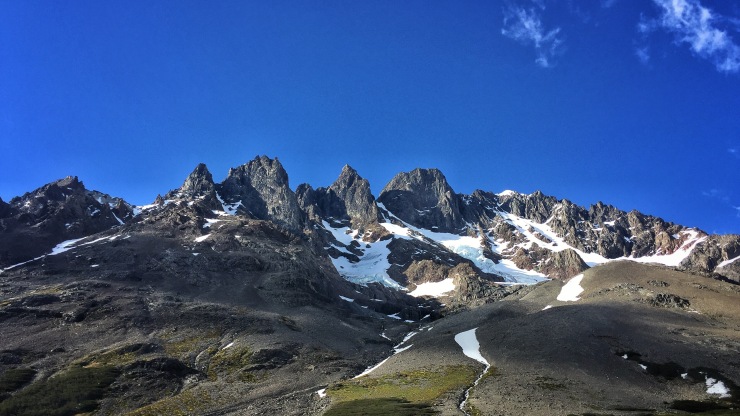 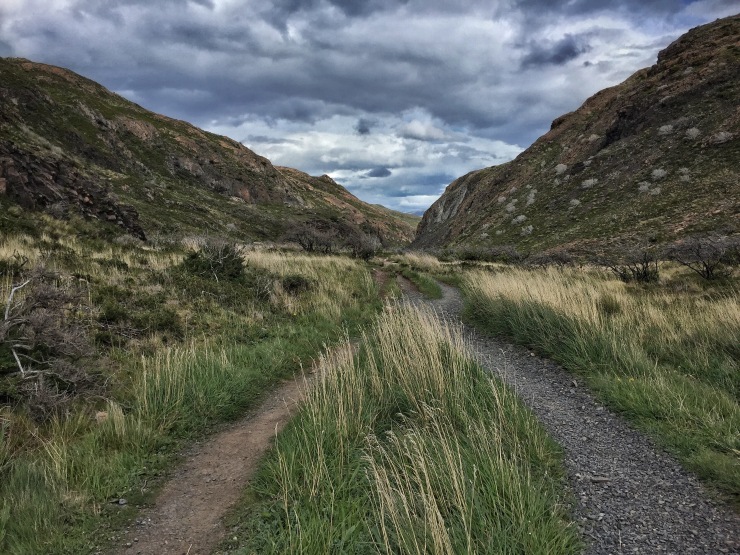 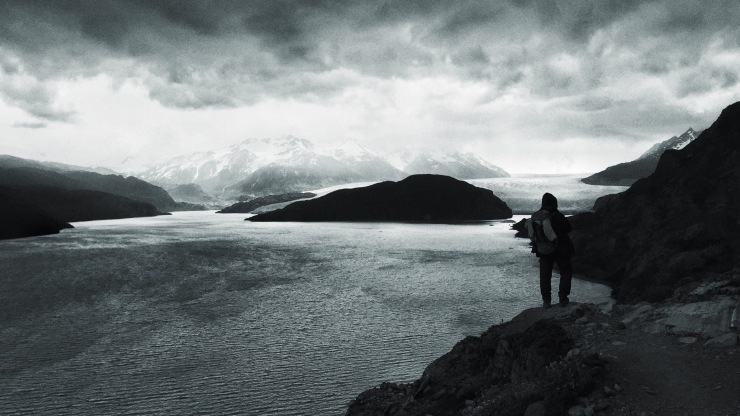