I wish I was back in San Sebastián. That gem of a city on the Bay of Biscay… which is fun to say.

Have two people ever eaten better than we did on our road trip from Bilbao to Bordeaux? I doubt it. And over the course of those nine days, nothing would top the pinxtos or the Michelin stars of San Sebastián.

The pintxo is ubiquitous in northern Spain, and you could eat extremely well, and for very few euros, doing nothing but hopping from one pinxto bar to the next, until your fat little face burst or you passed out (though I quickly mastered the art of timing those two events perfectly). These Basque tapas range from the simple (a slice of ham on a baguette) to the complex (hare stew) to the simply sublime (more on the foie gras in a minute). Most are ready made, waiting to be plucked from plates stacked end to end atop a long marble bar, while others require a little assembly or, perhaps, as in the case of the bacon-wrapped chorizo (yes, that happened!), a quick bath in the deep frier. 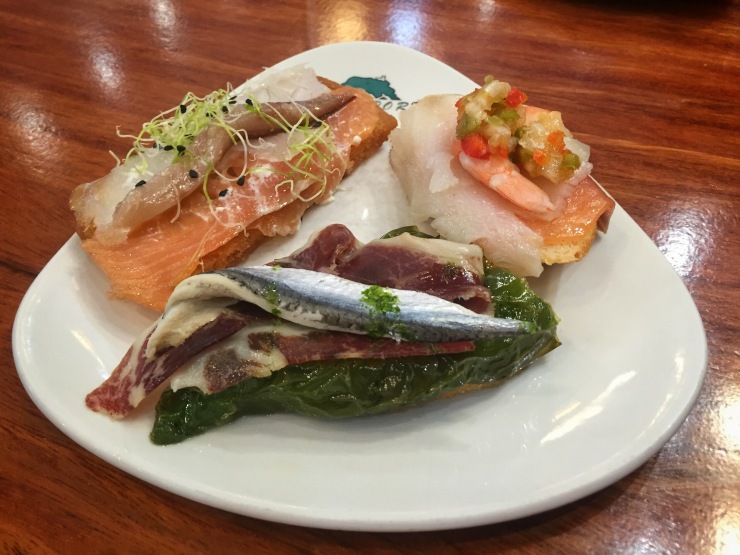 Most pinxtos come atop a slice of bread (picture a baguette), but lest you think you can somehow avoid the carbs, let me disavow you of your silly notions right now. In the Basque region, if something doesn’t come served on bread or between bread it comes alongside bread. There’s really no escape! (Even the bacon-wrapped chorizo was perched atop a slice of bread, the better to sop up the crimson-tinted grease.) 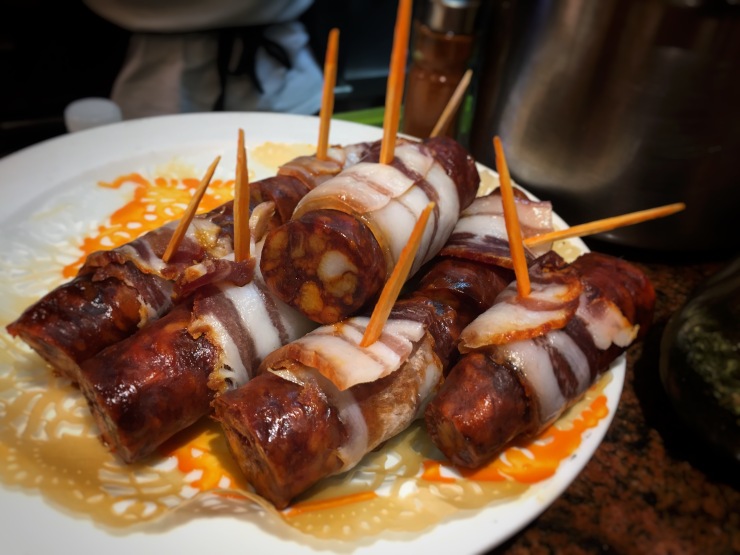 But be careful because pinxtos nearly led to our untimely death! It happened at our very favorite pinxto bar, the curiously named Bar Sport, where we ordered the house specialty: foie gras a la plancha. (Two, actually.) What we got was a full goose liver, with a drizzle of olive oil and a pinch of sea salt. Oh yeah, on bread. These promptly led to a food coma — one from which I wasn’t certain we’d ever awaken. (By the way, these gorgeous tapas were just 3.35 euro each!)

The wine was an endless parade of Ruedas from Castile-León, south of San Sebastián. Crisp and bosomy, the perfect balance to an endless parade of bold pintxo flavors. Need a break from the endless stream of excellent, cheap wine? Try the cider. Unlike its sweet British cousin, the Basque variety is dry, tart, and musky (yes, musky). It takes a little getting used to, but trust me on this one.

Because man can’t live on pinxtos alone — not true, but hear me out — we sobered up in time to make our reservation at Magritz, a two Michelin star restaurant on the outskirts of town. Magritz is a symphony of about two dozen courses. It’s all so earthy and whimsical, like the “beef candy,” which is like a gummy bear that tastes like au jus, or the dessert aptly named “cream of chocolate and cured ham.” 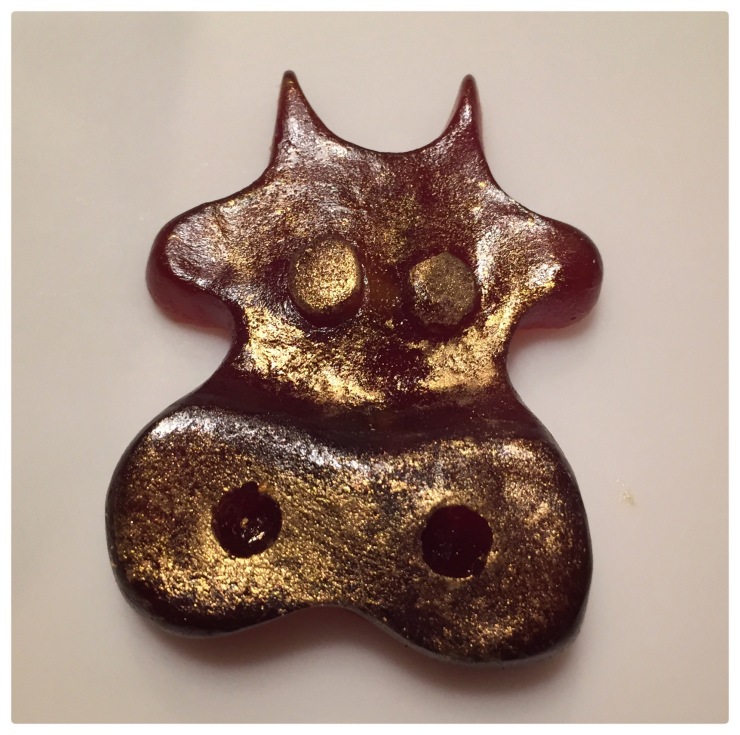 I don’t know how San Sebastián came to be one of the great gastronomic capitals of the world… but I know I can’t wait to return. 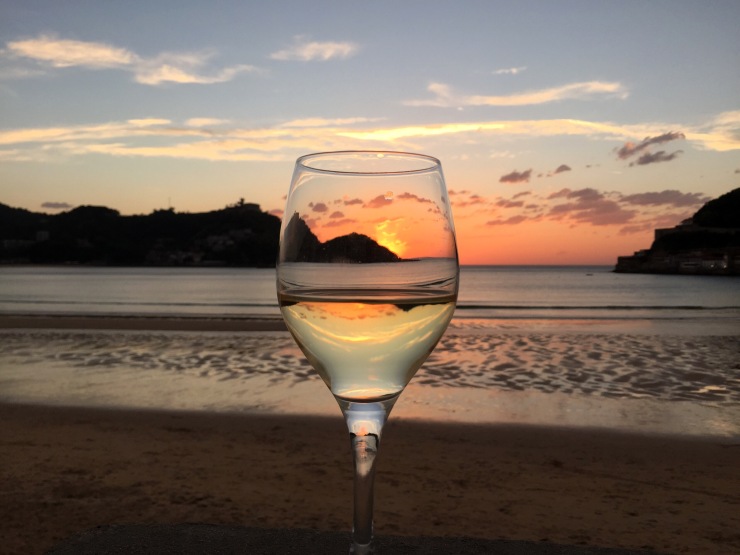 1 thought on “Death by pintxo”